Moon is a small but mighty film that all of us can probably relate to at this point in our human history. In a year that seemed unprecedently disastrous around the globe, 2020 provided us with wildfires that killed almost a billion animals, chosen political leaders that rose from people’s fear and suspicion of their neighbors, and namely a worldwide pandemic, which, at this writing, still has not nearly satiated its death toll.

Still – amidst all the horrors, 2020 also saw the courage from people who were willing to help not only a burnt koala but also their unknown neighbors in their times of desperate need, and the fighting spirit of true peaceful protest.

Unfortunately, Moon does not have any cute koalas, and thankfully no depictions of global viruses, but it does touch upon the confusion and destruction of untimely deaths, and the everlasting nature of love from friends and family.

We, the filmmakers of Moon are proud to take the long journey so we can present you this story. From the beginning (which was not so long ago), based on the strength of the script, we have attracted top talent from the Los Angeles independent film world. Sponsors threw their weight into the project, and still others donated what they could in a time of incredible need.

We are finally finished with the film and some incredible things are lining up.

Moon originally started as just a visual idea and Toy Lei’s (the writer) love of smoked salmon sandwiches. The script remained unfinished and forgotten until the summer of 2020, the summer from hell, when her computer fully died. More hell… Weeks later, as she was transferring files to her new machine, she rediscovered the script, and realized that her techno-hell had became her creative grace. She finished the script in 10 minutes. Perhaps it was the living through challenging times and the isolation caused by the Covid-19 pandemic that allowed her to truly feel the depth of a person’s sadness and the joys of true human connection. Just as the lead heroine of Moon is reminded of the good times throughout the bad times in her own journey. 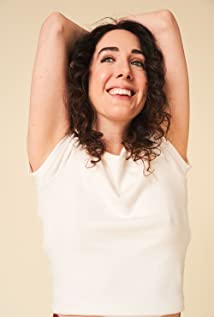 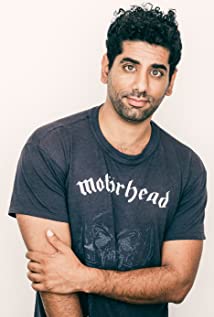 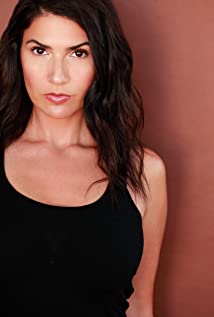 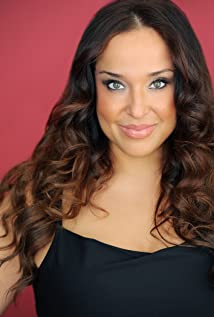 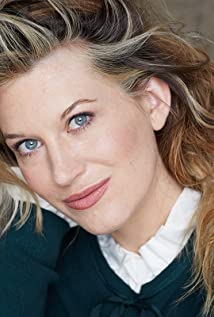 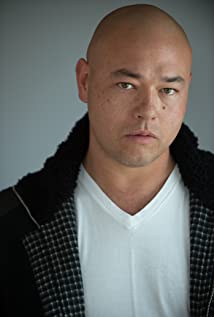 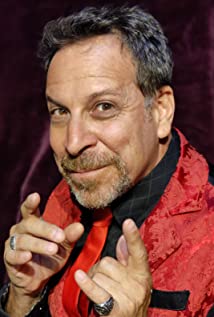 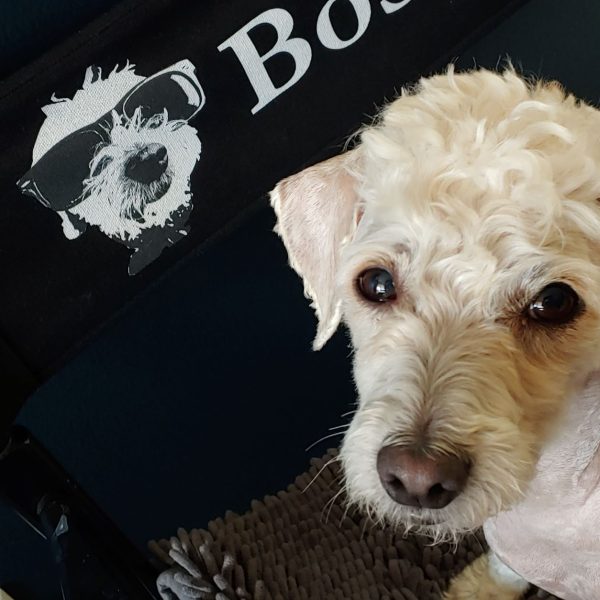 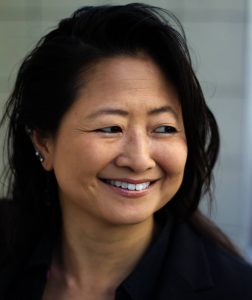 Selected as one of the top 5 new filmmakers by the prestigious Asian-American Film Lab and New York Women in Film and Television, for her 2012 directorial debut THE WEDDING, Toy Lei is a multi-talented director, actor, fight choreographer and swordswoman. Lei has won multiple Film, Best Actress, Best Action, Best Stunts awards across the breadth of her projects, and she has screened at prestigious festivals such as Etheria and San Diego Comic-con. In 2019 her feature-length script of BOXER was a semifinalist at the iconic Austin Film Fest. In addition, in 2019, not only did she attended the highly selective NYWIFT FS2P directing program in New York, but also, she directed and 2nd-unit directed several projects ranging from shorts to branded content web series which were crewed and cast with Emmy winners. And now, she is proud to have MOON as her next project. Lei is a proud mom to her dog, Wilfred. 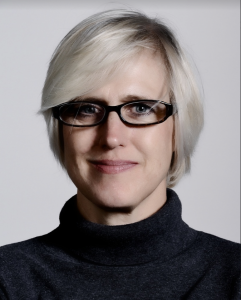 Born and raised in Michigan, Suzanne moved to LA in her twenties and worked at Animation Magazine, Time Inc. Magazines, Entertainment Weekly and then Fortune. In 1997, she took the helm as editor of International Cinematographer Magazine. In 2003, she was hired by Panavision, and spent 10 years as the Worldwide Communications Director, and after a brief stint with Bexel and Sim International, she began consulting for Sony. Her writing has appeared in American Cinematographer, International Cinematographers Guild, The Hollywood Reporter, and she currently writes for Sonycine.com. She holds membership in the American Society of Cinematographers, the Visual Effects Society and Alliance of Women Directors and now, with all combined, has built a deep network of filmmakers and producers. 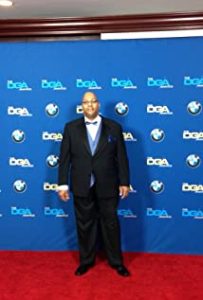 Getting the pleasure to be involved with Chicago PD, Chicago Fire, Chicago MED and Empire stoked Sean’s creative writing mind. Like everything else in his life his journey toward excellence continues. He is a ScreenwritingU Proseries alumni, UK industrial scripts screenwriting program graduate and a Writers Guild Foundation Veteran fellowship selectee/participant. He is a member of the Black TV & Film Collective, Chicago Screenwriters Network and the Organization of Black Screenwriters. He also is a jurist for the 2021 Vancouver International Women’s Film Festival screenwriting contest. M. Sean is an avid supporter of creatives and is a producer of multiple projects of varied voices. 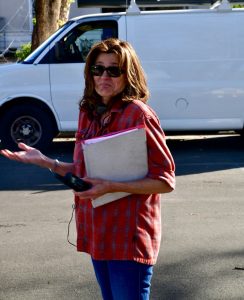 Venita Ozols-Graham is a writer/producer/director who spent many years in the Hollywood machine working as a First Assistant Director/Associate Producer on film and television like The X-Files, CSI, Star Trek DS9, The Shield, Veronica Mars, Alien Nation, The District, Make it or Break It and many more. She went from being a First Assistant Director to forming her own production company, Wanderlust Films (US) and has produced many award winning short films as well as an indie feature called ‘Black Widows’ under this banner.   Her film “Who Wants Dessert” is currently touring the festival circuit. 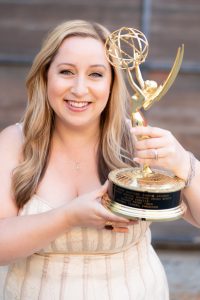 Allison Vanore is the Emmy Award-winning producer of the six-time Emmy winning series After Forever, which is the most Emmy-awarded LGBTQ-themed series ever. She also directed the After Forever special Riley’s Unforgettable School Project which was released during Covid. Allison produced Emmy-winning horror anthology series Dark/Web. Allison is co-producing the animated CryptTV series Woman in the Book for Facebook Watch. Between 2015-2019, Allison served as the Head of Production for Canvas Media Studios where she produced shows including Emmy-nominated drama Vanity starring Denise Richards and Karrueche Tran, and fashion competition show Wear it to Win It for Facebook Watch. Allison’s recent award-winning films include Buck Run, The Rainbow Experiment, and 42 Seconds of Happiness. Allison serves on the executive board of non-profit Women in Media, an organization whose mission is gender parity above and below the line, in all departments, on every crew. Allison is published in the book “Thriving in Hollywood” by Ms. In The Biz. 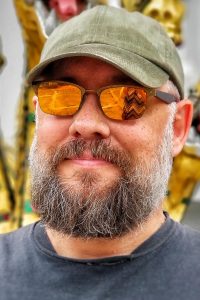 Dan has over 16 years of experience working as a Line Producer and Production Manager on numerous television shows and independent feature films.  He has traveled all over the world and throughout the United States.  Dan’s credits include the Hulu TV show Dimension 404, and features such as Ask Me Anything, Scout, Machete Maidens Unleashed and The Last Survivors. 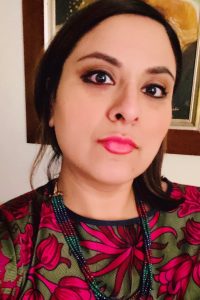 Farida is a South Asian First Generation American Producer/ Director/ Social Impact Storyteller that makes art that activates, develops stories that have the power to catapult and loves to amplify diverse narratives and community building. 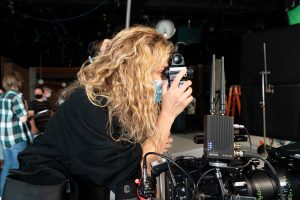 Olesia Saveleva is a cinematographer based in LA. Originally from Russia, Olesia earned her bachelor’s in economics, but she was always drawn to filmmaking. After making several short films and exploring herself as a producer, writer, director and actor, she discovered her passion for cinematography. She got her MFA in cinematography from the American Film Institute Conservatory in 2017. Her films have premiered at Atlantic City Cinefest, SCAD Savannah Film Festival, St. James’s Sussex Gardens, Court Metrage Festival de Cannes, andmore. Her short film shot on 35mm Kodak film was nominated for best cinematography in multiple festivals including Top Indie Film Awards and Detroit Shetown Film Festival. Her primary work is narrative short and feature films, documentaries and commercials. 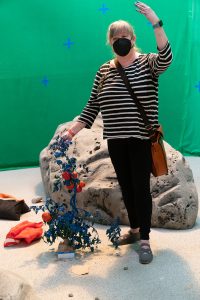 Robyn Coburn has been a designer in independent film and theatre for 40 years. She has variously designed sets, lighting and costume, on every type of theatre production from Shakespeare, to musicals, comedy and drama, including several productions for Long Beach Playhouse. Her art department film credits are indie productions from the days of direct-to-video including such genre pictures as The Nurse (1997), Love Kills (1998) directed by Mario Van Peebles, and horror cult film, The Dentist (1996) with Corbin Bernsen. More recently a published author, screenwriter and textile artist, Robyn is pleased to be making her triumphant return to filmmaking with Moon. She lives in Los Angeles with her husband, a Production Sound Mixer and college teacher, and her now grown daughter, who also worked in the art department of Moon 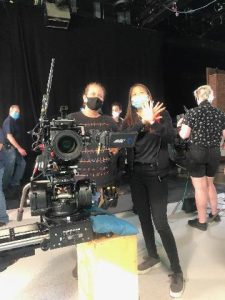 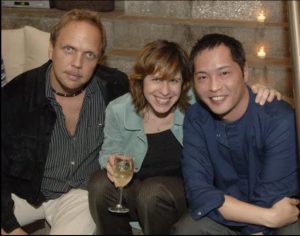 Michelle Botticelli is a graduate of NYU Tisch School of the Arts, Film and Television. She has edited feature films which have competed at Berlinale, SXSW, TriBeCa, TIFF and Slamdance, including most recently PINBALL, written and directed by the Bragg brothers. She has also edited TV shows for MTV, VH1, ANIMAL PLANET, CMT and NAT GEO, as well as for APPLE TV+ on HELPSTERS which she won an Emmy for her work. In 2004 she produced her first feature film, FALLING FOR GRACE, which she also edited. She also produced and edited Stephen Elliot’s acclaimed AFTER ADERRAL along with many short films. She directed her first short film in 2014, which went to several festival and is currently writing her first feature and working on a documentary for Netflix 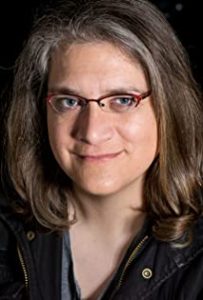 Cristin has been in the visual effects industry for over 25 years and has experience with light field cinematography, extremely high-resolution imagery and capture, and development of new formats and capture systems. She has credits on over 70 films and venue shows as a VFX supervisor, match-move supervisor, stereo supervisor, CG supervisor, and compositor. Some of her notable credits include “300,” “Space Jam,” “Mare of Easttown,” and “Old.” Cristin was classically trained in animation and cinematography at Harvard and CalArts where she studied under Derek Lamb, Janet Perlman, Suzan Pitt, and Jules Engel. She is active in the visual effects community and judges for the VES and Siggraph as well as reading papers for DigiPro.

The Production Company and the Program

Women In Media started as an informal networking group of likeminded people of all genders who wanted to network with more women. They continuously outgrew our venues until it became undeniable in 2016 that more people felt as we did. It was time for the entertainment industry to change in a lasting and sustainable way.

In 2017, they became a non profit and expanded their mission and services to include more networking events, education, and initiatives, propelling us closer to 40% – 60% women in every crew, every department, every show. Their goal is a more respectful, inclusive, and balanced workplace for all genders. This will be achieved when all productions reach gender balance behind the scenes and in front of the camera.

Women in Media evolved into a membership-based organization, hosting professional development panels and screenings, with a presence at top tier film festivals and conferences around the world.  Through Women In Media’s CAMERAderie Initiative, their community has the opportunity to gain experience and support through networking, mentorship, and professional development. The program spans development through completion but may take place in stages.

Click here to learn more about Women in Media.

Click here to learn more about the CAMERAderie Initiative.